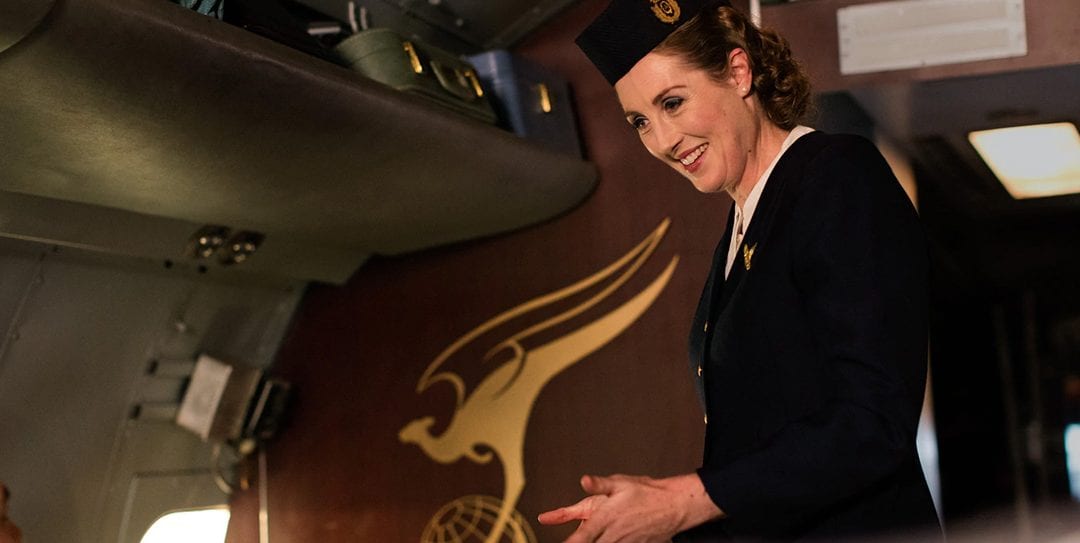 The new Qantas in-flight safety video ‘A Century of Safety’ spans 10 decades and showcases some of the moments that have made Qantas the world’s safest airline.

The video takes passengers on a trip down memory lane, recreating the aircraft , uniforms and music from the past 100 years.

Just before 9am on Feb 21st, a twin-engined Beechcraft B200 Super King Air turbo-prop aircraft took off from runway 17 at Essendon Airport outside Melbourne in Victoria.

Shortly after takeoff, the pilot declared an emergency and reported an engine failure to Air Traffic Control. The plane then banked to the left and crashed into a shopping centre, killing the pilot and four passengers.

In the wake of the crash, investigators from the Australian Transport Safety Bureau (ATSB), the lead investigation agency, and Civil Aviation Safety Authority (CASA) will be trying to determine why the aircraft lost power and was unable to be flown to a safe landing.

As part of the aircraft’s type certification it is required to be able to maintain a minimum 5% climb gradient following the failure of the critical engine on take-off. This means it should have been able to at least climb over local obstacles, and circle around for a landing.

So a key question in the minds of investigators will be the reasons why this particular aircraft on this occasion wasn’t able to achieve this.

If the malfunction was related to only one engine, there has to have been some other factor degrading the aircraft’s single engine performance.

Maybe the engine that failed did not auto-feather, or could not be feathered by the pilot. This is where the prop blades on the failed engine are rotated to produce minimal drag, allowing the plane to perform better with only one engine operating.

If the failed engine didn’t feather correctly, it could have resulted in the windmilling propeller producing significant additional drag and seriously affecting aircraft controllability.

Or perhaps a much more insidious problem occurred causing full or significant partial power loss on both engines, presenting the pilot with an extreme emergency situation to manage. If that were the case, there would have to have been a common failure affecting both engines, such as a fuel quality, fuel starvation or an engine management issue.

However, at this point in time, all of that is just conjecture. The investigators will no doubt be exploring these lines of enquiry and many others. They will be following standard ATSB investigation protocols that have been developed and honed over time based around the International Civil Aviation Organisation’s Annex 13 and
Manual of Aircraft Accident and Incident Investigation methods.

The investigators will be clearly interested in the engines, propellers and fuel systems. They will also be exploring all the aircraft’s other systems, such as avionics, flight management computers, airframe and flight controls, looking for any evidence of malfunction or anomaly that could have contributed to the cause of the crash.

Investigators will also have a focus on all the possible human factors issues. The pilot’s response to the emergency will be examined and any factors, such as fatigue, illness or health issues that could have contributed will be explored.

The investigation will be conducted as a systematic and scientific process. Everything that could have contributed to the cause of the crash will be considered. Many will be discounted. Some will inevitably be proven.

The investigators findings will be solely based on the evidence from the wreckage, and from analysis of evidence external to the aircraft, such as maintenance documentation, air traffic control recordings, available film footage and, not least, the observations of the witnesses.

The investigation will be an arduous and exacting task given the apparent fragmentation of the aircraft and the post crash fire. However, I believe ATSB investigators are among the best in the world and I have no doubt they’ll reveal the causal sequences that led to this accident, so that any lessons can be learned and corrective actions implemented to prevent recurrences.

Aviation is the safest means of transport in no small part due to the work of air safety investigators who shed light on the causes of those accidents which do occur. This accident will continue that tradition, I’m certain.